Menu
Log in
Register
Install the app
You are using an out of date browser. It may not display this or other websites correctly.
You should upgrade or use an alternative browser.

Has anyone ridden , built one of these hulls yet?
And what is the review?
Some reviews would be helpful!
Thanks in advance.
Z

I have one, in the slow winter build process currently.
Requires a MX1 specific UMI Steering bracket. Seems pretty like a solid hull thpugh. 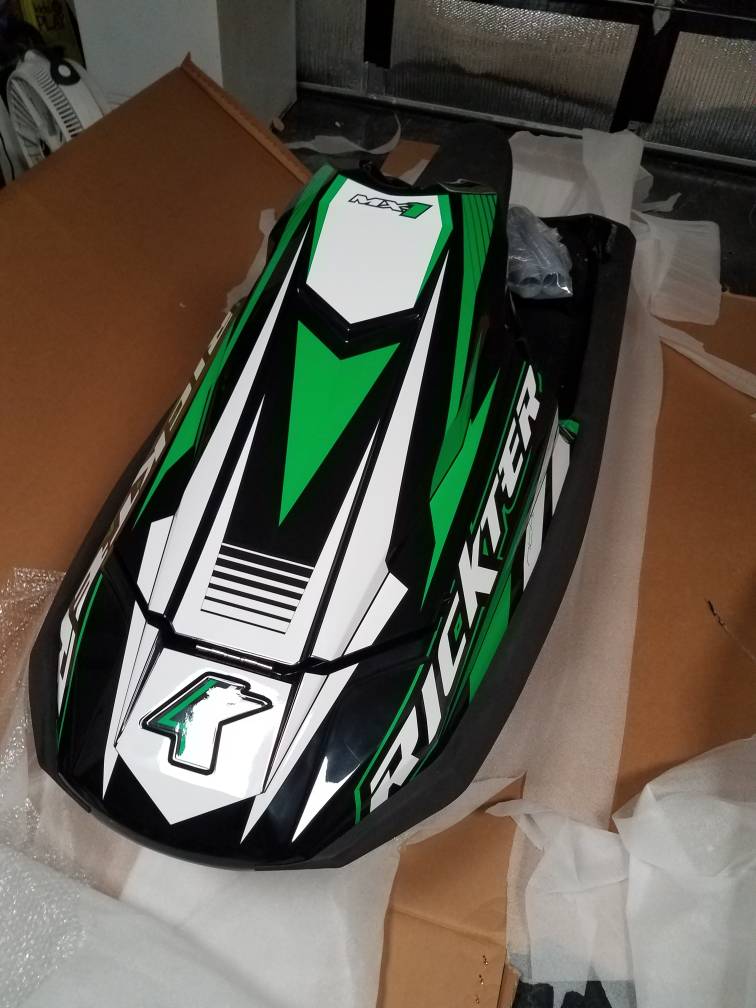 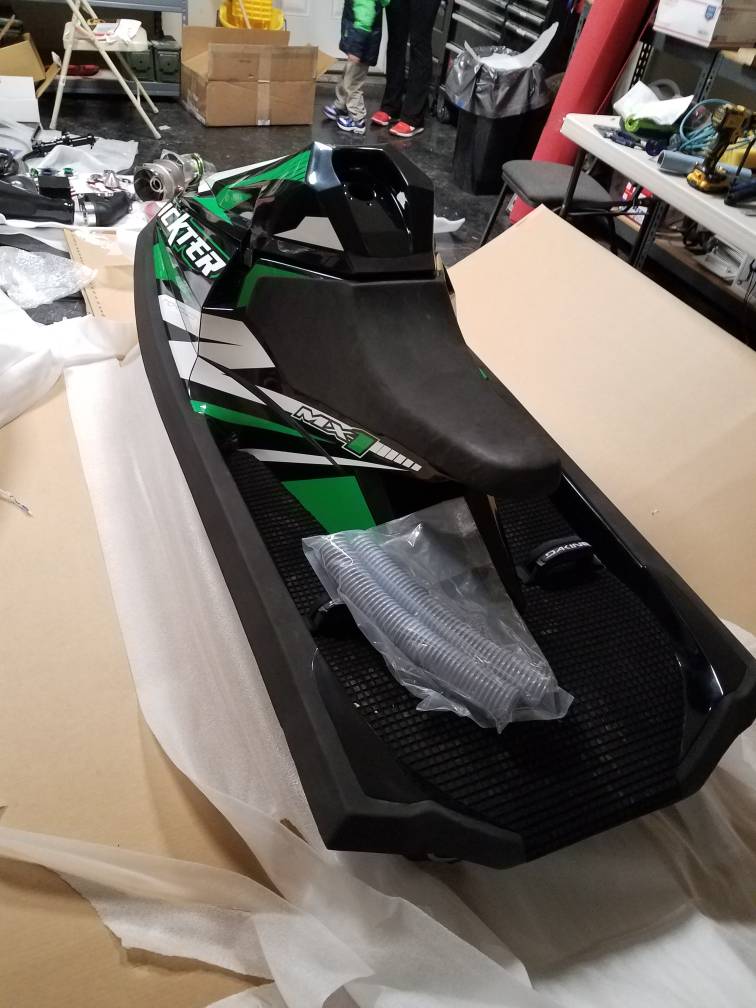 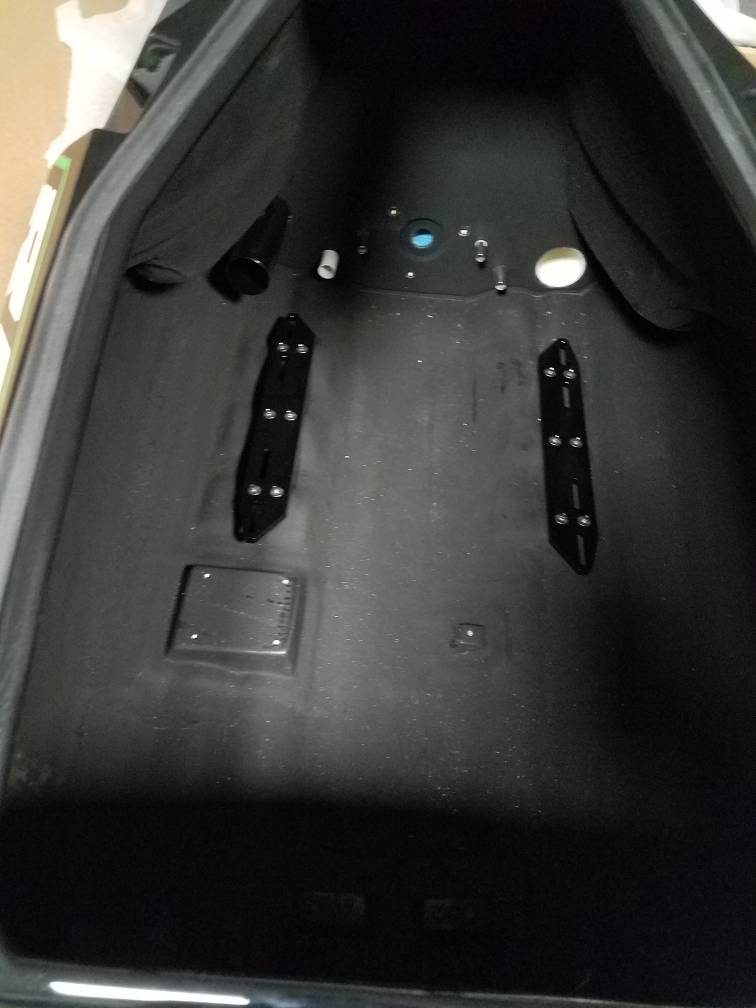 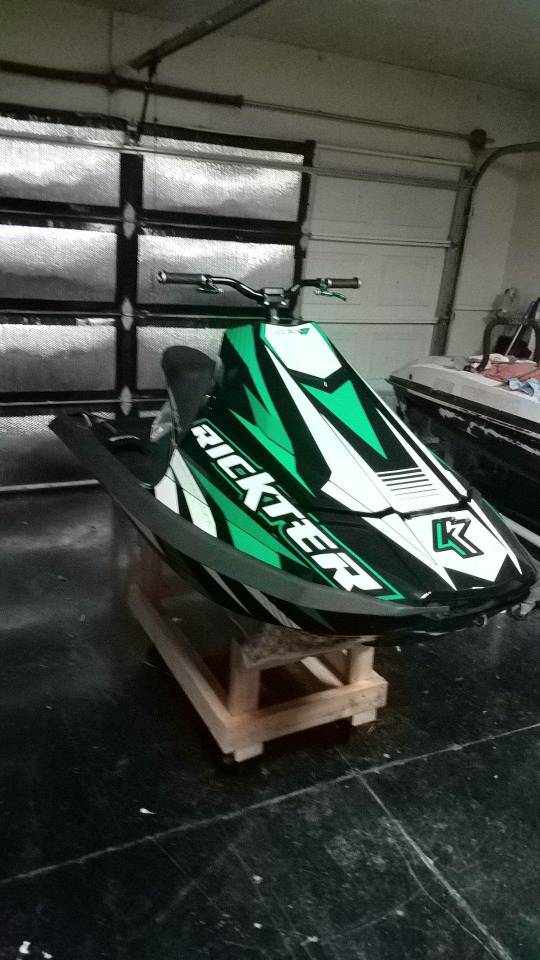 Sent from my SM-G930P using Tapatalk

Looking awesome, please keep us posted.
Have you have a chance to ride on as of yet?
Z

No ride yet. Have to assemvle everything. Motor and Ebox are all thats new

Sent from my SM-G930P using Tapatalk

I posted in the blaster section also.

Who has ridden the Rickter MX1???

What set up did it have? If possible.

How was it? Handling? Buoyancy? Stability? Feel heavy or light?
Comparison to a blaster?

Was thinking about building one?

Who has ridden the Rickter MX1???
I have one.

What set up did it have? If possible.
701 all the usual mod and add ons, 144 Pump Solas prop and TBM pump stuffer.

How was it?
Unreal

Handling?
Think a blaster that handles like a Edge, rails, slides, glides and rides exactly how you want one too.

Buoyancy?
Similar to a blaster, maybe a tad less boyant than a B1 but still perfect.

Stability?
Similar to a B1 at slow speeds, better at speed they come into their own especially in the surf...

Feel heavy or light?
about the same a stand up, comfortable two person lift.
Feels very light / nimble in the water, easy to flick around.

Comparison to a blaster?
it has a seat ??
Other wise its a similar size to a modded B1 but a tad wider in the rear.
I likened it to riding Luke Rotorlone's B1 but much better railing and planning, although I didn't ride Lukes in the surf..
Boarding the MX1 is no sweat, I have short arms and I cant water board a B1, no issue on the MX1 as it has a large rear deck that nicely sits under the water for side mounts.

check out my insta for pics and vids, search #mx1 or #Ricktermx1

I just posted in your other thread, re MX riding... They are mint.

Merged the two threads, no reason for the same thread in 2 places.

Appreciate the response, I am really itching to build something. Thinking the MX1 is going to be the pkan.

There are four of them locally to me, no one regrets buying / building them.

I have seen one in person a few times and the build quality looks great.

I think they are pretty spot on! Nose width has more taper up front making it very natural feeling when in the face riding waves and carving. Minimal chimes in nose, so a tad loose when pressing the nose. Ergonomics very similar to a Blaster with small seat. Hood hinge up front isn’t very good but neither are blasters. Not enough pull down action on hood seal there. Bigger pump tunnel helps a lot. Desparatley needs underpadding. I’d highly recommend suspension steering. Weight feels a good bit lighter than a stick Blaster. Nose has less rocker than “rocker kit”.
Very well thought out Ski and looks like a Lamborghini!

The biggest problem with the an MX1 is after riding them, it's very hard to get back on your blaster... They're very smooth riding/corning/jumping.

Do they float like a blaster , can you sit still and float or do they sink like a x2 when stopped ?

They'll float. However they aren't too bouyant and you can easily get up from the back or sides. The back end will sink in allowing you to mount it from the rear.
M

Apologies to bring this old thread to the surface. Can anyone tell me if the MX1 is its own hull, or just a fixed steer Edge?
If the MX1 is unique, does anyone have the dimensions of the hull
Appreciate any insights

that is one sweet ski

MarkL said:
Apologies to bring this old thread to the surface. Can anyone tell me if the MX1 is its own hull, or just a fixed steer Edge?
If the MX1 is unique, does anyone have the dimensions of the hull
Appreciate any insights
Click to expand...