Menu
Log in
Register
Install the app
You are using an out of date browser. It may not display this or other websites correctly.
You should upgrade or use an alternative browser.

OCD Solutions said:
They were blowing those M12 jackets out for $49 but only in ladies plus sizes like 2 and 3XL.

The only gift I received this year was $10 cash from my 8yr old nephew.

Good thing I treat myself to whatever I want the rest of the year.

Unfortunately I don’t wear a ladies 2 or 3XL but I got that for my birthday being in December and always the cold one in the family.

I’m the same way, never ask for anything and just buy what I need but I’m admittedly cheap. This year I finally caved and when asked by every family member what I wanted I thought Milwaukee.

I blew up my angle grinder and my circular saw last week. Neither are brushless. Apparently the M18 12A battery though makes the tool run stronger can lead to tools frying when over-used or over-loaded.

Now I gotta wait 6 weeks for the repair; if they even honor the warranty repair request.

gotta say, I was really excited when i first switched to my shiny new milwaukee brushless m18 tools, but after using them for 9 months, there are a lot of little annoying things I can't stand..... I use the 1/4" impact a lot and they put the torque controls right under your pinky finger - I often accidentally press the button and change the torque. My 1/4" impact needs to go in for service (it randomly goes the wrong direction for one trigger pull after switching directions sometimes) and that is a LENGTHY process where I won't have my tool. The batteries are WAYY too difficult to pull in and out of the chargers and tools. The wet/dry vac is a nice tool, but the fact you have to open the cover to get to the hose and tools is super annoying - apparently there is an add on external hose holder you can get but I haven't yet. I don't use the onboard bit holders, but they are in really annoying positions IMHO. The brake on the brushless drill is powerful but i feel like the tool is going to break when i'm using a large diameter tool like a 6" hole saw for recessed lights - I bet if i use it on full speed and wasn't careful a few times it would break whatever gears are inside. Also, the last setting on the drill's torque control is hammer drill mode. It's really annoying I can't just quickly spin that thing to max without looking - you have to go all the way and then back one if you aren't looking to get normal drill mode.

1/2" impact and circular saw have been pretty good, but I don't use them much. The only complaint with the saw is that the lockout is too hard to press and akward.

Jcary85 said:
I don't use the onboard bit holders, but they are in really annoying positions IMHO.
Click to expand...

Speaking of, can someone explain the bit holders? I don’t understand how you get a bit to stay? I don’t use them because they just fall out.

ngerk said:
Speaking of, can someone explain the bit holders? I don’t understand how you get a bit to stay? I don’t use them because they just fall out.
Click to expand...

I bought a drill for each bit.
Problem solved.

I’ve been resisting this one for awhile but snagged one for $112 (tool only) so I bit the bullet.

It eats batteries and the very first tool I chucked up in it is now stuck, (just like the reviews said they would). Thankfully it was the 3M 2” sanding disc which is pretty much all I ever planned to used in it anyways. 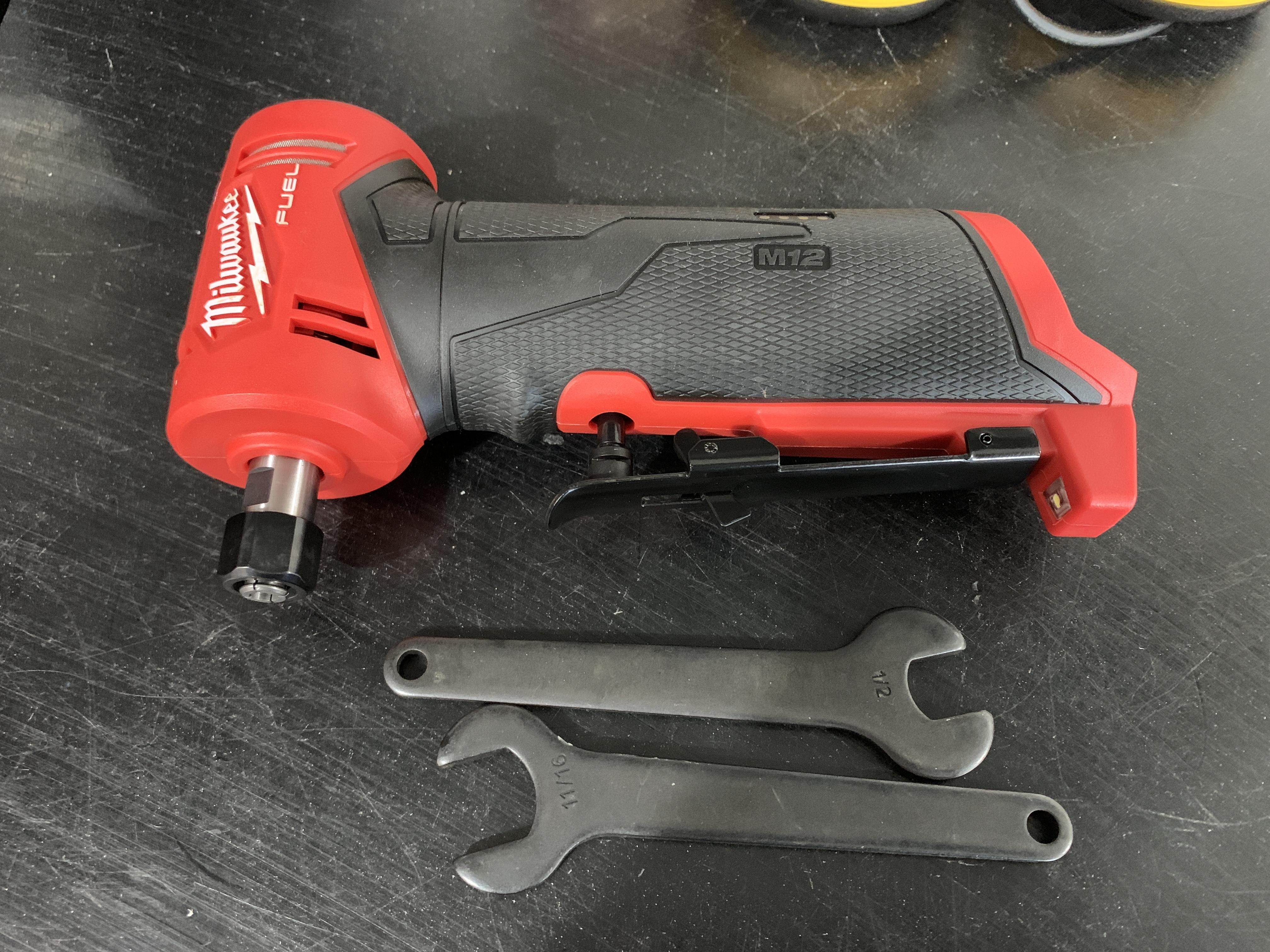 one man with a couch

OCD Solutions said:
I’ve been resisting this one for awhile but snagged one for $112 (tool only) so I bit the bullet.

It eats batteries and the very first tool I chucked up in it is now stuck, (just like the reviews said they would). Thankfully it was the 3M 2” sanding disc which is pretty much all I ever planned to used in it anyways.

Grainger has the straight or the 90 degree one with one battery for $169 right now if you want the other one.

I have not had issues with the tools sticking, you have to unscrew the outer nut more than you think and they pop out easily on mine.

The issue with the collet is that it was not assembled correctly. The collet collar needs to be inserted through the nut prior to tool insertion. Otherwise it has no way to release once tightened down.

I spent a good 45 minutes to get the old tooling out and once assembled correctly, it comes in and out with zero issues.

This is my next Milwaukee tool.

Are there any good mikwaukee black friday deals you guys have come across this year? Home depots deals have been pretty weak...

I passed on a few deals over the last couple weeks waiting to see what popped up for Black Friday and so far I'm not impressed.
Plus everything seems to be either sold out online or not available for delivery.

Not sure if this is a function of low inventory or a push to get people back into retail stores.?.?.?

Home depot keeps popping up daily deals that are too good to pass up.

I snagged the 4.5" Fuel Angle Grinder for $179 with a 5.0 battery a few weeks ago, (Reg $309). The same kit was offered for $159 for a day or two but you had to be quick because it sold out fast.
ScottS came over and we torture tested it against the non-fuel version and it won hands down. It'll eat batteries but I could not push it hard enough to stall it out or have it kick out, which the non-fuel version does if you so much as look at it wrong.

Amazon had the Gen 2 Rover, 4000 Lumen Dual Power light on for $145 so I had to snag one of those.
This thing is amzing and is in constant use at work so I'm scouring for deals on a second 12.0 battery for it.
They had a killer deal on it a few months back where you got the light, a 12Ah battery and charger for something like $249.

I got some m12 home depot daily deals today, but was looking for the m18 grinder and light you picked up. And 12ah batteries for my 1" drive impact.

I was going to pull the trigger on one of the Ryobi $20 inflators but even on Black Friday I couldn’t find a deal in batteries and a charger that made sense so I ended up getting the Milwaukee M12 Inflator.

Seems solid enough although I did find that it reads a few PSI high and isn’t very consistent. I like the feature that I can set the desired pressure and just hit go and it will automatically stop. Accuracy isn’t great though and my TPMS system shows 4 different pressures when I used the unit to top all off to 36lbs. 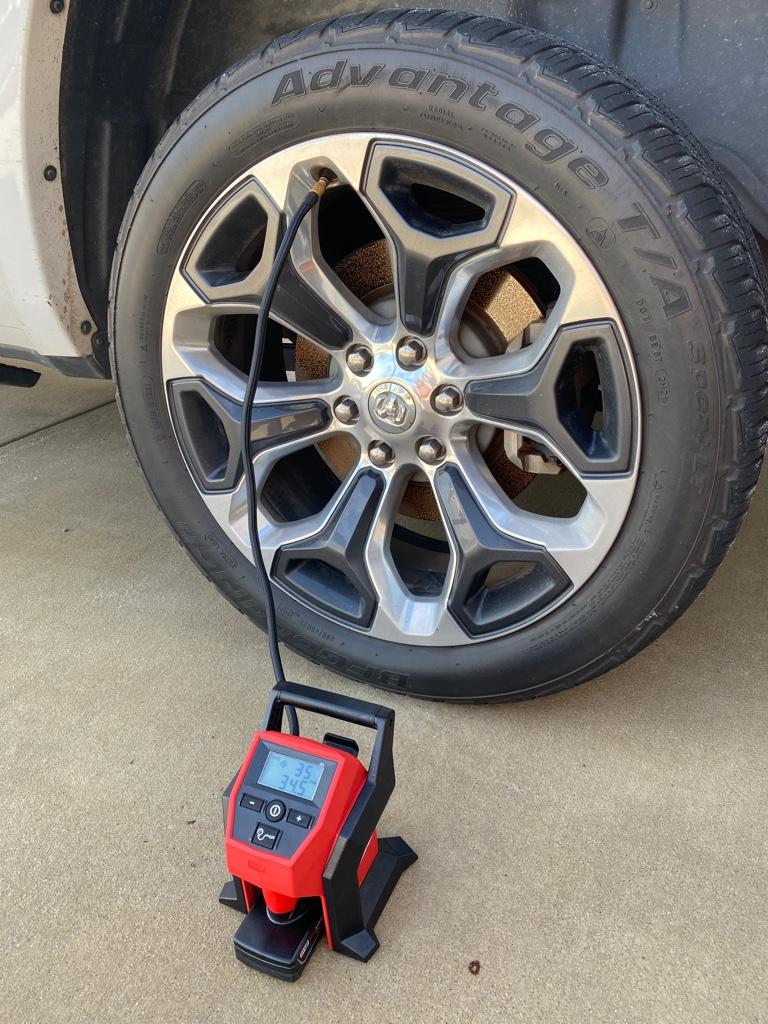 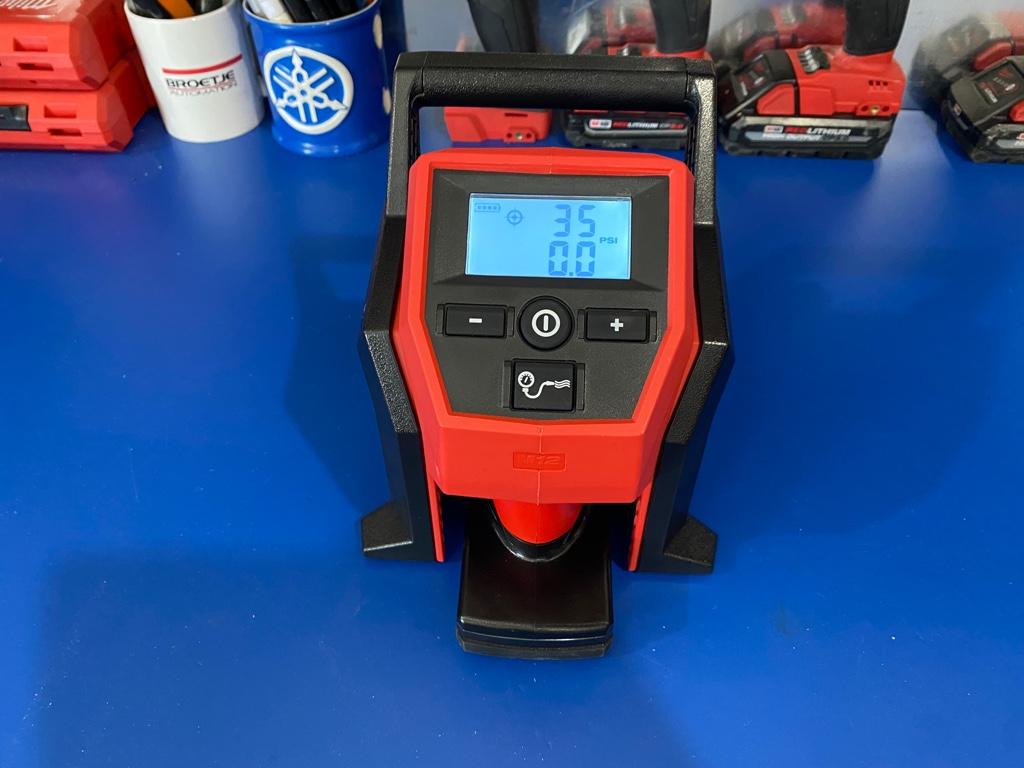 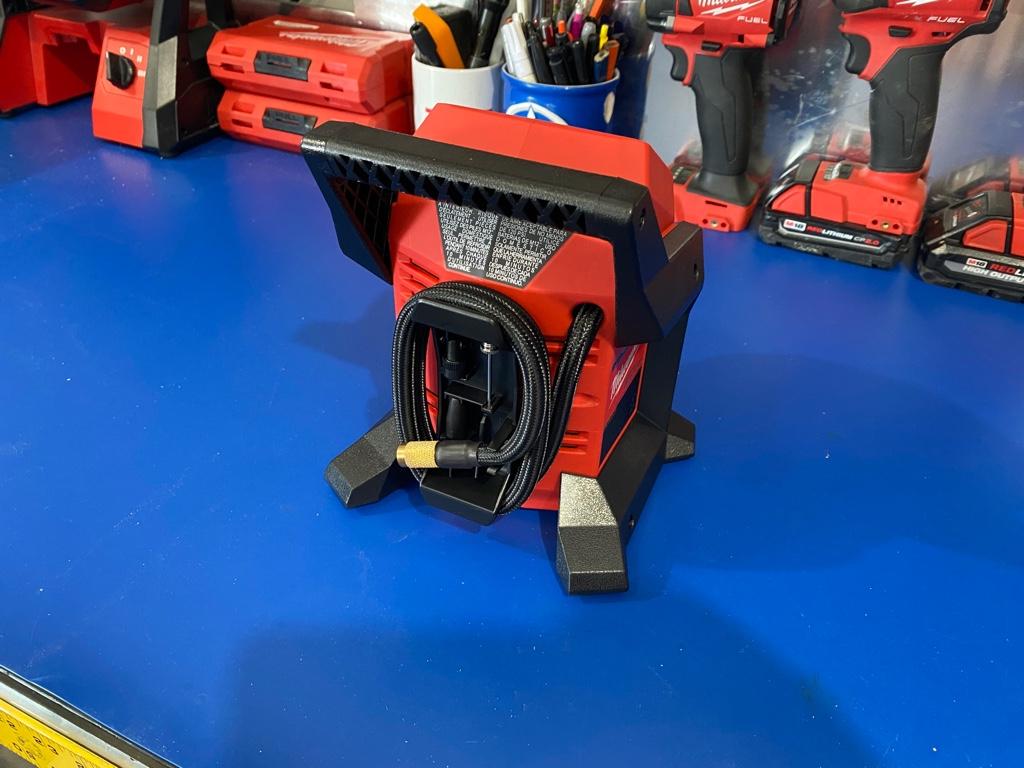