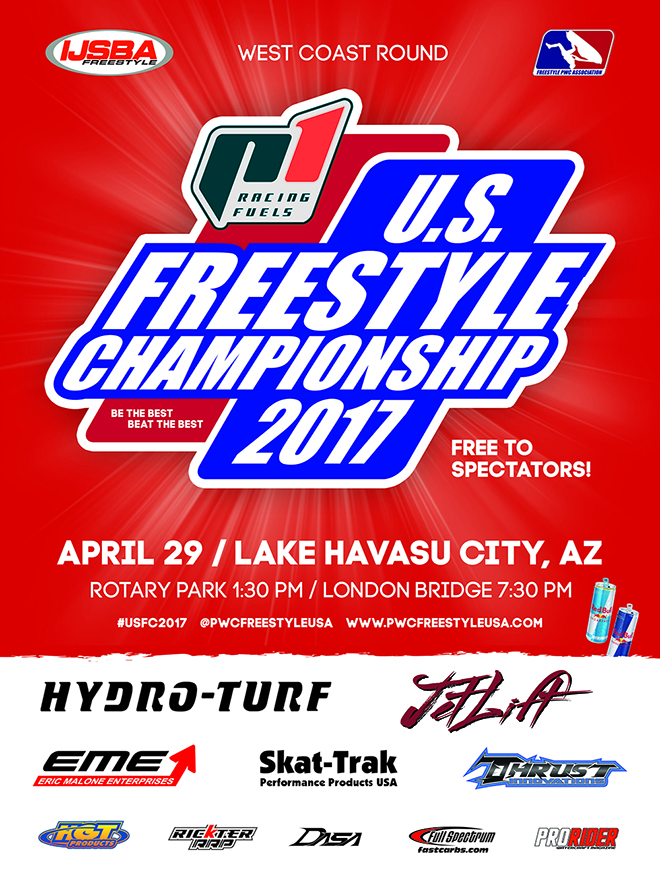 This is a second year for the freestyle only tour in USA after crossing over from Europe where tour started 6 years ago.

Freestyle competition will be held at Rotary Park in front of the Skate Park at 1:30 PM
for the Best Trick Of The Night competition will move to the bridge-water channel under famous London Bridge.

This part of the event is scheduled to start after dusk at 7:30 PM.

Event is free to spectators.

Competitors should register for the competition via official website: www.PWCfreestyleUSA.com

Video Teaser for the event: