Lawsuits are beginning in Texas over injuries suffered by high-pressure water jets from personal watercraft. The water forces into bodily orifices causing injuries to vaginas, anuses, and rectums. Some have died from the injuries.

The injuries are caused when a person falls off the back of one of the craft and comes into contact with the blast of high-pressure water created by the devices’ jet thrust propulsion system, according to the Mazzola Law Firm’s website.
“When a rider lands in the path of the high-pressure water jet thrust, the thrust is powerful enough to force water into the rider’s orifices which can result in severe mutilating injuries to the rider’s vagina, rectum, perineum or anus,” Beaumont, Texas, attorney Brian Mazzola wrote. “Oftentimes, individuals sustaining such injuries require emergency medical intervention including the surgical implantation of a colostomy bag.”
The National Center for Biotechnology Information reports on one such case where a 28-year-old woman sustained an anorectal rupture after falling from a jet ski. Her ruptured anus was sutured and a “double-loop colostomy” was created. The injury occurred when she fell from a jet ski while at a high speed. “During a fall from a jet ski at high speeds, the water behaves as a solid object that penetrates the body,” the report states.
The Lawsuit Information Center reports a 21-year-old woman from Georgia received horrific injuries to her vaginal and anal cavities after she was “tragically gutted by water shooting from the back of a jet ski.” The woman fell off the back of a jet ski when her friend who was driving rapidly accelerated and she was not holding on. She fell off the back and directly into the blast of the high-pressure jet stream of water. The injuries to her vaginal and anal cavities led her to nearly twenty surgeries and other medical procedures. It is likely she will be forced to wear a colostomy bag and self-catheterize for the rest of her life.
A subsequent lawsuit filed against Kawasaki in a federal court in Florida resulted in a finding against the defendant and an award of $1.5 million in damages to the woman. However, the woman’s past and future medical costs were estimated to be about $3 million. The woman was not awarded any compensation for pain and suffering, the article states.
Mazzola has filed multiple lawsuits against personal watercraft manufacturers including Kawasaki Motors Corp. USA, and Bombardier Recreational Products (makers of the See Doo watercraft). The attorney has argued that warnings and design issues of these watercraft are inadequate to prevent these types of injuries. He wrote:
The Bombardier warning regarding orifice-injury hazards and the need to wear protective clothing is an industry-wide warning provided by PWC manufacturers beginning in 2001. The warning, developed by Applied Safety and Ergonomics Inc., was tested for comprehension and found to be adequately understood by focus-group participants. The warning, however, provides an ambiguous statement that being “near the jet thrust nozzle” can cause severe internal injuries but fails to clearly emphasize the fact that falling off to the rear of the PWC is especially dangerous for a person, especially females, riding as a passenger because the strong stream of water that propels the vehicle can cause severe and permanent injuries due to forceful injection of water into the vagina and anus.
Other arguments made include the need for a rear seat design to help keep the rear passenger from falling backwards directly into the blast of water. He said, “sing only warnings as the remedy for the risk of orifice injuries caused by falling to the rear of a water jet-propelled personal watercraft is inappropriate and renders the vehicle unreasonably dangerous. The appropriate remedy would involve design accommodations that would decrease the risk of a passenger falling off the rear of the personal watercraft in addition to sufficiently prominent and conspicuous warnings regarding the risk of orifice injury.”
Protective clothing can be worn to help prevent the water blast from readily being able to access the human orifices. Mazzola makes the point that such clothing is often not readily available for casual passengers who spontaneously take rides and who are most at risk to fall from the watercraft.
Other specialty equipment is available to help in the prevention of falling from the device. One manufacture,KlipGrips.com, offers devices such as life vests with handles on the back for the passenger to hold. They also make detachable handles that can clip onto any existing life jacket.
Mazzola says he is attempting to raise the public’s awareness of this watercraft safety issue. Questions and comments on the issue can be directed to his website

OMG, the comments section is going off!

The attorney for the case came on Michael Berry (talk radio) the other day talking about the case. I wanted to punch my radio listening to it. How much more can you try and regulate the lack of common sense and personal responsibility. You are riding a highly tuned, purpose-built, heavy, high-horsepower MACHINE. It is not a toy. Maybe I'm crazy.... I think this is ludicrous.

^^That pretty much says it all Smoofers!

How long has it been now that those "orifice" warning decals have been on new PWC?

So none of these injures are cause by falling of the back at 50+ Hitting the lake water Azz / VJ first ?

Harbor said:
So none of these injures are cause by falling of the back at 50+ Hitting the lake water Azz / VJ first ?
Click to expand...
Ive had tons of those after 25 years of riding/racing/freestyle on stand ups with no orifice injuries... Im just tight. lolol
Last edited: Jul 24, 2016

Haha, you right, big difference in water pressure. Good post, I was not aware of this type of injury. Just got a couch for the wife and girls, were using that trailer I bought from you, it's working good btw. Women are so much more vulnerable with the different organ and bikini bottom/thong protecting it, we'll have to extra carefull, thanks for posting this
A

The water smacked my berries pretty hard last time I fell. Can I sue for pain and suffering?

Sent from my SM-G925W8 using Tapatalk

I had a friend/girl in high school that had a vagina/rectal injury from trying barefoot ski for the first time. It was "senior skip day". A big group at a local lake out horsing around on parents' boats. Boat was up to 45+mph when she was holding the boom and her feet went wide like a split and the water ripped her front to back. Hauled her into the boat and it looked like a shark bite there was so much blood. This was days before cell phones (1990). We had to bring her to shore, call ambulance and wait for 10" while people were smashing her groin/pelvic area not knowing what really to do to slow bleeding. She survived after surgery, transfusing and tons of antibiotics from the lake water enema. Lost track of her after high school but assume she carried on normally.

This isn't the first time manufacturers have been sued over this, I remember Yamaha and Kawasaki had warning stickers on skis in the mid 90's due to lawsuits. Look at it this way guys, the worst thing that can happen at this point, is they ban all future production of couches!

I heard the same thing on Micheal berry. He says the "sticker" isn't good enough. They should build a barrier all the way around the seat so you can't fall in. Oh wait, that's a boat then. Maybe the problem is just a sit down ski. I knew they were worthless.

Location
Here on the 'X' mostly

This was a delightful lunchtime read.

Looks like they're gonna have to start installing sissy bars on all new couches..... Lol 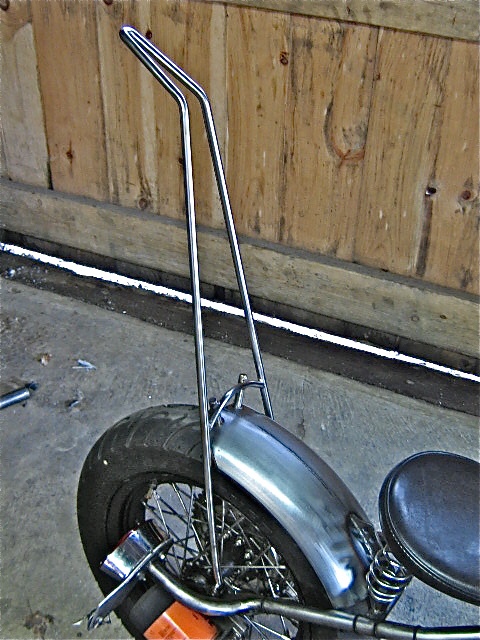 Sent from my iPhone using Tapatalk

So, this is the origin of the expression "I'm going to rip you a new one" - threatening to push someone off the back of a couch?

What a crook of poop
B

X2Kid said:
So, this is the origin of the expression "I'm going to rip you a new one" - threatening to push someone off the back of a couch?
Click to expand...
Water skiers have been getting these type injuries since the 1960s
if you hit the water hard enough--it can hurt
You must log in or register to reply here.
Share: Facebook Twitter Reddit Pinterest Tumblr WhatsApp Email Link
Top Bottom